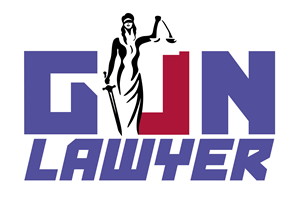 Understanding Gun Charges and Their Implications in East Brunswick NJ

If you are facing a gun charge in East Brunswick NJ, the potential consequences of your conviction could have serious repercussions on your future. Gun charges carry heavy penalties under New Jersey laws and involve complex legal requirements that may be hard to understand.

Thus, it is important for individuals accused or charged with firearms-related offenses to understand the basis for their case and exactly what sentences they face prior to receiving any sort of resolution from the court.

In this blog post, we will discuss how gun charges can affect your life in East Brunswick NJ and provide an overview of both state and federal law regarding gun ownership, possession, sale, transferal or use.

The government of New Jersey sets the gun regulations in East Brunswick, so many related to firearms apply across the state. Common violations include:

- Unlawful possession or transport of a firearm

- Possession of a weapon during the commission of a crime

- Carrying a concealed firearm without a permit

- Unlawful discharge of a firearm

- Possession or sale of an illegal firearm

- Failure to register a gun as required by law.

The penalties for gun charge in East Brunswick depend on the specific offense, but they can include hefty fines, jail time, and loss of certain rights. For example, unlawful possession or transport of a firearm is a fourth-degree felony that comes with six to 18 months in prison and fines up to $10,000. Unlawful discharge of a firearm is a third-degree felony that comes with three to five years in prison and fines up to $15,000.

Besides these penalties, those convicted of gun charges may also face restrictions on their Second Amendment rights. If charged with certain offenses, people may lose the right to own or possess firearms for a period or permanently.

People charged with gun offenses can use a few main defenses of their case. These include:

If you or someone you know has been charged with a gun offense in East Brunswick, it is important to contact an experienced criminal defense lawyer from Evan Nappen Law. The lawyer can help evaluate the case and determine the strongest possible defense strategy. They will also be able to provide guidance on any potential consequences and help you understand the implications of gun charges in East Brunswick, NJ.